What is Tinos about?

Tinos constitutes a favourite destination for every traveller because of the fact that it combines the contradictory elements of nature: mountainous with lowland, mountain with sea, infertile with fertile… The mild climate of the island favours any kind of activity, while the “powerful” periodic winds (meltemia) justify the characterization that has been given to Tinos: “The island of Aeolus”.

Sixty-two housing estates, from which more than 40 (as they have been formed over the last decades of the 20th century), are interspersed on the island, a rare phenomenon in relation to the rest islands of Cyclades and in proportion to its size. During the census of 2011, 8.636 islanders of Tinos were measured, who are divided in the capital and its villages.

Speaking of tourism, Tinos has nothing to envy from the neighbouring islands and it is high in the preference of the travelers who wish to visit the Cyclades, enjoy the idyllic environment with the renowned beaches and be hosted in its attentive accommodations. The choices are plentiful both in the Chora and in the rest picturesque villages where we can find hotels from all categories; the rooms to rent are ideal as well for those who want to escape and get away from the routine of reality. 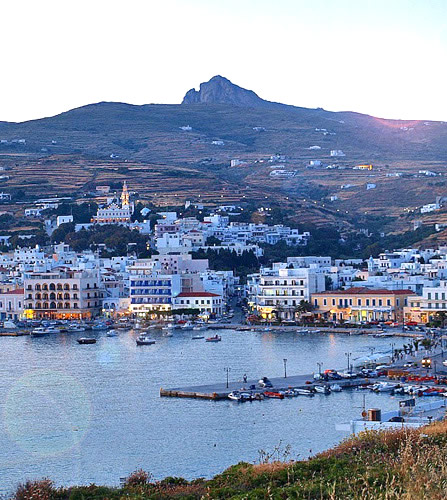